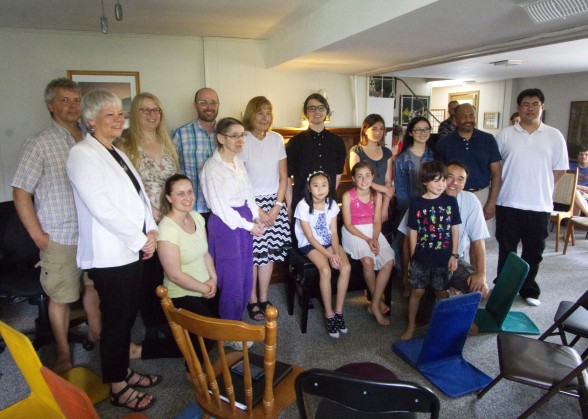 Today students from the studio congregated to share some of the pieces they’ve been learning this spring. With summer around the corner it was an opportunity to bask in the warm glow of beautiful piano music. From Yankee Doodle to Beethoven’s Ode to Joy, the audience was serenaded by music from many time periods and places.

Works such as the popular O Mio Babbino Caro by Puccini pulled on people’s heart strings. The epic arrangement of the Lochs nighttime theme from the video game Final Fantasy XIV widened eyes in some of the younger players. Other favourites such as Scott Joplin’s Entertainer got toes tapping.

The afternoon concluded with a four-handed arrangement of George Gershwin’s Rialto Ripples. After the show players and audience members had a chance to mingle and enjoy some snacks. For a couple mature players the recital was their very first chance to perform in front of an audience. Despite nerves all around, players enjoyed the experience and the atmosphere was very positive.

A warm congratulations to all the students. Keep up the good work and enjoy your summer!